“I am inspired by his earnestness and real passion for the people of the Virgin Islands." 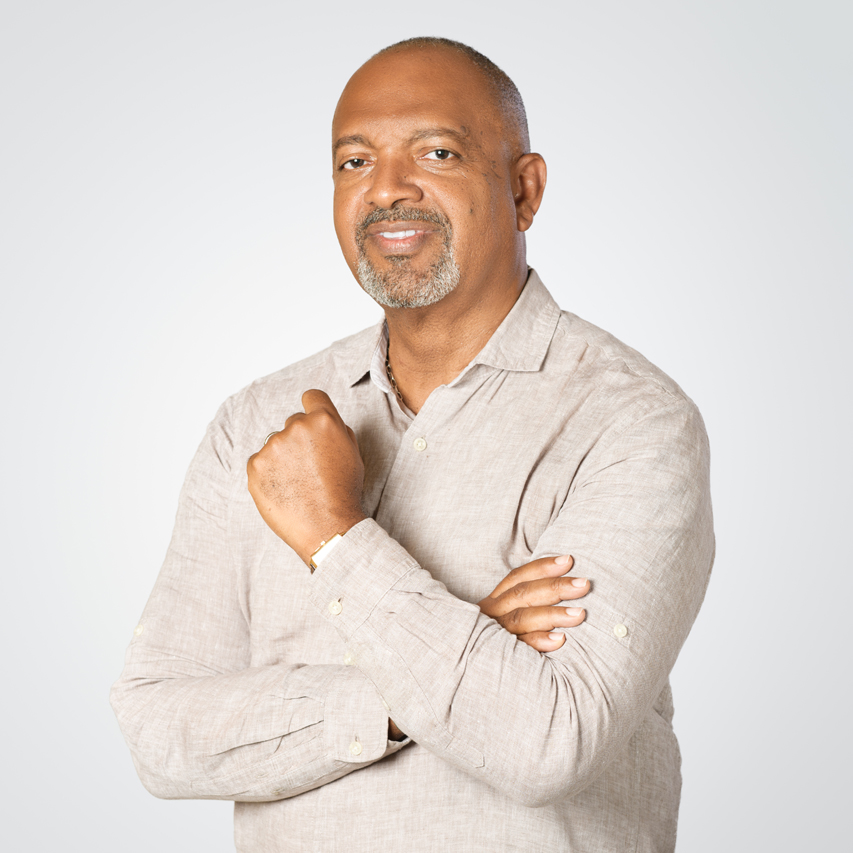 Senator Tregenza A. Roach, Esq. migrated from St. Kitts to the U.S. Virgin Islands at the age of eight to join his parents, Victor and Iona Roach, who had made St. Thomas their home years earlier.

A proud product of the St. Thomas Seventh Day Adventist School and V.I. public schools, Sen. Roach graduated from Charlotte Amalie High School and attended the College of the Virgin Islands as a Holstein-Lewis scholar. He earned a Bachelor of Journalism at the University of Missouri-Columbia and launched his career as a reporter for the Virgin Islands Daily News, rising to News Editor. He holds a juris doctorate from the University of Connecticut School of Law, where he honed his skills as an effective problem-solver, innovative thinker, and detailed analyst.

Roach was a law clerk at various U.S. and V.I. government offices, practiced in the Territorial Court’s Civil and Family divisions and was an associate attorney at Bornn Bornn Handy and Rashid. He has been a member of the Virgin Islands Bar since 1991.

The Senator’s early public service career as Legal Counsel to the V.I. Commissioner of Education and as Executive Director of the Board of Education led to hIs award-winning consultancy as the Coordinator/Researcher of the University of the Virgin Islands’ (UVI) Constitution 2008. The website created under his leadership was included by the Library of Congress in materials for the national election 2008. As the United Nations qualified expert on constitutional development in the U.S. territories, he represented the V.I. at the United Nations Decolonization Seminars in Grenada, Indonesia, and St. Kitts.

Roach has served on UVI’s faculty, worked on its other projects with the U.S. Environmental Protection Agency, its Center for the Study of Spirituality and Professionalism, and was Editor-in-Chief of The Caribbean Writer.

Sen. Roach was elected to the 30th, 31st and 32nd legislatures as a staunch advocate for education, the environment, and the youth and elderly. As a member of the Education Committee of the National Conference of State Legislatures (NCSL), he garnered the support of this influential body to adopt a resolution supporting full citizenship rights for Virgin Islanders which led to a full NCSL conference session devoted to the affairs of the remaining U.S. territories.

Sen. Roach has served as a board member of the Disability Rights Center and the mental health advocacy group Clear Blue Sky, Inc., as Chairman of the V.I. Humanities Council, and as a volunteer reader and speaker in public and private schools. A poet and author, he has been published in numerous journals and is the recipient of regional and national awards for his adult and children’s books.

Join our Movement to Transform the Virgin Islands!